This might honestly be my favorite book I’ve read so far in 2019.  Beauty and the Beast is my absolute favorite Disney movie ever so I was so excited to see a new retelling of it come out. Everything was so vivid and detailed in this book that you could picture everything as it was happening and the characters were amazing.  My only complaint about this book was how it ended, now I’m dying for the sequel to come out.

Harper is living a hard life with cerebral palsy, her mom slowly dying from cancer and her brother Jake having to deal with unsavory loan sharks after their Dad abandons them and owes some not-so-nice guys a lot of money.  One night while Harper is playing the lookout for Jake she sees a man with a passed out woman and she doesn’t think his intentions are good.  Trying to fight him off Harper winds up in Emberfall, a magical castle where she meets Rhen.  Rhen has been cursed and is forced to repeat the same season over and over as a monster until he can break that curse, by finding a girl to fall in love with him.  Harper wants nothing to do with Prince Rhen and only wants to return to her family that she hopes are alive.  As she starts to spend time with Rhen and his Commander Grey she begins to understand their world and what’s truly at stake if the curse can’t be broken.

This was my first novel by Brigid Kemmerer and I’ve read quite a few retellings of Beauty and the Beast and this one by far was the best I’ve read.  I absolutely loved the character of Harper and how brave and courageous she was even with cerebral palsy, she never let that hold her back.  With all the crap going on in her life she is still so unselfish and only thinks of others and truly comes to care for the people of Emberfall once she gets to know everyone.

Another favorite character of mine was Grey.  While most people would be swooning over Prince Rhen and how romantic he was to Harper I’m Team Grey over here.  He seemed like such a tough guy (“Scary Grey”) but really underneath all of that armor he was a total sweetheart.  I did enjoy the romance between Rhen and Harper but did anyone else honestly hope that Grey and she would get together?  His character was so adorable, his moments with the children were swoon-worthy, and how he came to care about Harper so much was adorable, Harper was exactly what he needed in his life after enduring the curse for so long. The ending of this book absolutely killed me in reference to him but then I found out that there will be a second book in the series and I might have squealed just a little bit.

This was one of the best fantasy novels I’ve ever read and I’m so dang excited for the next book to come out.  Not many authors can recreate a Disney classic so well but this book was amazing! 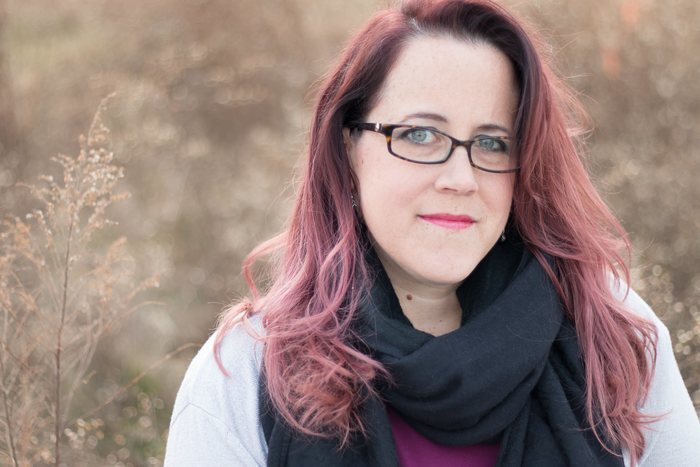 Brigid Kemmerer is the author of dark, contemporary Young Adult romances like MORE THAN WE CAN TELL and LETTERS TO THE LOST (Bloomsbury), as well as paranormal YA novels like THE ELEMENTAL SERIES and THICKER THAN WATER (Kensington). Her next book will be her first foray into YA Fantasy, with A CURSE SO DARK AND LONELY, available January 2019 wherever books are sold. Brigid lives in the Baltimore area with her husband and four sons.